SALE! Use code LETTERPRO to Save over 60%

It all starts with mastering a Basic Block Letter Alphabet﻿ 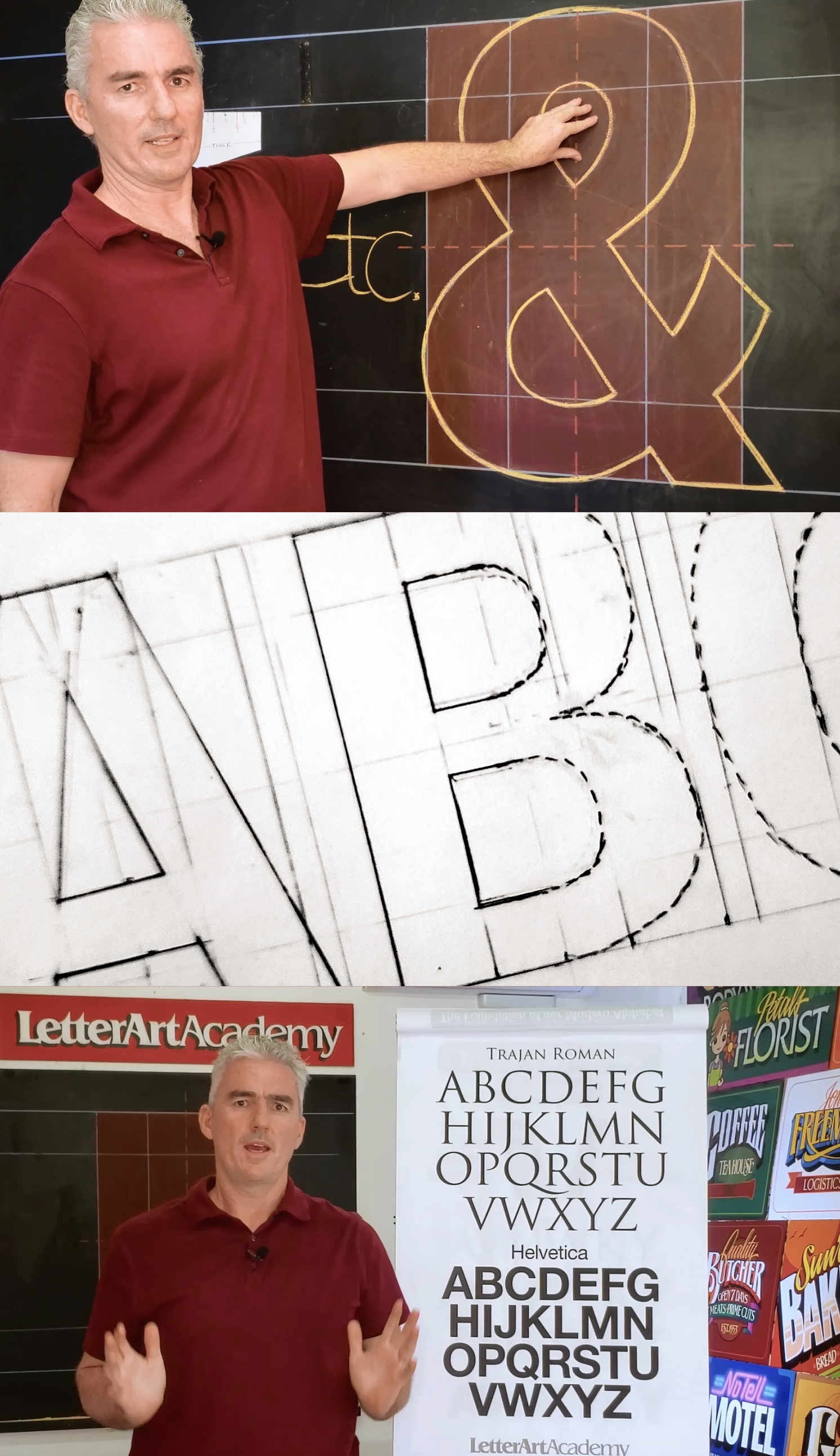 Have you ever wanted to learn the Rewarding Art of Hand Drawn Lettering but don't know where to start, who to learn from, or you've been at it for a while but just can't get your letter-shapes to look "right"?

Are you having trouble drawing that dreaded "S", or are your stroke thicknesses all over the place? Do some letters look too wide or too narrow compared to others even though the letter-shapes themselves seem ok? Or maybe you're just not satisfied with the results you're getting but are unable to pinpoint what exactly needs fixing.

Don't worry, I've got you! I know all about the frustration of knowing how a letter should look but not being able to achieve the desired result no matter how hard you try. That's how we all start out and is why I've made this comprehensive course that will cut years off your learning curve and equip you with Lettering Knowledge and Techniques that will have you drawing lettering like a Pro.

Although we look at literally thousands of letters every day of our lives, when it comes to actually drawing them to a high standard it can be almost impossible when you don't possess the required training or understanding of the Classic Rules of Letter Construction. Like any skill or art-form, Hand Lettering requires specialized knowledge and training which is what LetterArt Academy is here to provide you with.

The first course released by Letter Art Academy Online "Understanding and Drawing Gothic Letterforms" will take you on an in-depth study of the Fundamental Rules of Lettering that make up our modern Roman Alphabet, then onto drawing a Professional Quality Gothic Typeface following detailed step-by-step real time demonstrations of how to correctly draw every letter and numeral from scratch using my easy to follow system and techniques that will accelerate your progress.

TAKE THE MYSTERY OUT OF DRAWING QUALITY LETTERING.

The temptation for any budding lettering artist is to start creating the "fancy stuff" straight away, however failing to understand the many facets that go into creating quality letterforms leaves you open to making a litany of errors. Nearly every day I see beautiful typograpy work that someone has put their heart and soul into blemished with commonly made errors that could have been avoided by learning the important principles of Letter Construction, which is exactly what this course will teach you.

My name is John King, and I have been a Professional Signwriter and Lettering Artist since 1986. When I started out the only way we had to produce Sign Lettering was to Draw and Paint them by hand, so one of the first things you had to learn as part of your industry training was how to draw a basic Block or "Gothic" alphabet to a professional standard.

"Understanding and Drawing Gothic Letterforms" is designed to equip you with a strong Understanding of the modern Roman Alphabet's construction along with a practical and duplicatible system for Drawing it.

By taking this course you will learn the the Core Technical Principles of well constructed lettering along with the Nuances or "human touches" that letters require to give your work maximum visual appeal and provide the optimum viewing experience for its audience.

What will I learn?

Everything you need to know about drawing lettering correctly!

You will learn the Fundamental Rules of Classical Letter Construction as they apply to our Modern Roman Alphabet and a Drawing System that can be used to design and draw countless typefaces to a professional standard.

Stroke Weight Distribution which accounts for some of the most commonly made lettering errors made even by experienced designers, Relative Letter Widths that when not understood can cause an otherwise well drawn word to look "off", how to create the Underlying Framework or "DNA" of a typeface that ensures all its letters belong to the same family, and the Nuances or "visual tweaks' needed to add a professional touch to your letters and prevent them from having an unrefined or "mechanical" look.

You will then move on to Drawing an entire Gothic or "Block Letter" Typeface from scratch applying the above principles while following large scale step by step detailed blackboard demonstrations of how to draw every capital letter and numeral, including the often neglected Ampersand from start to finish.

Finally you'll learn how use this methodology to Create Unlimited Variations of the gothic alphabet we've studied as welll as your own custom typefaces.

The Hows and Whys of Letter Construction.

Learning "How" to do something is one thing, however I believe that knowing "Why" something is done a certain way is just as if not more important than the How, because the Why can be transposed to multiple scenarios so in this course I place a strong emphasis on explaining the Whys of the techniques you'll be learning in addition to the Hows. The knowledge and methodology you'll obtain by doing this course can then be applied to any style of lettering from the gothic typeface we'll be studying to ornate Victorian Era alphabets, giving you the ability to approach countless typography scenarios with confidence and competence.

What's Inside the Course?

"A super course in both content and presentation. Many thanks John." -Brian Beer -Wallingford, England.

What you'll get when you enroll. 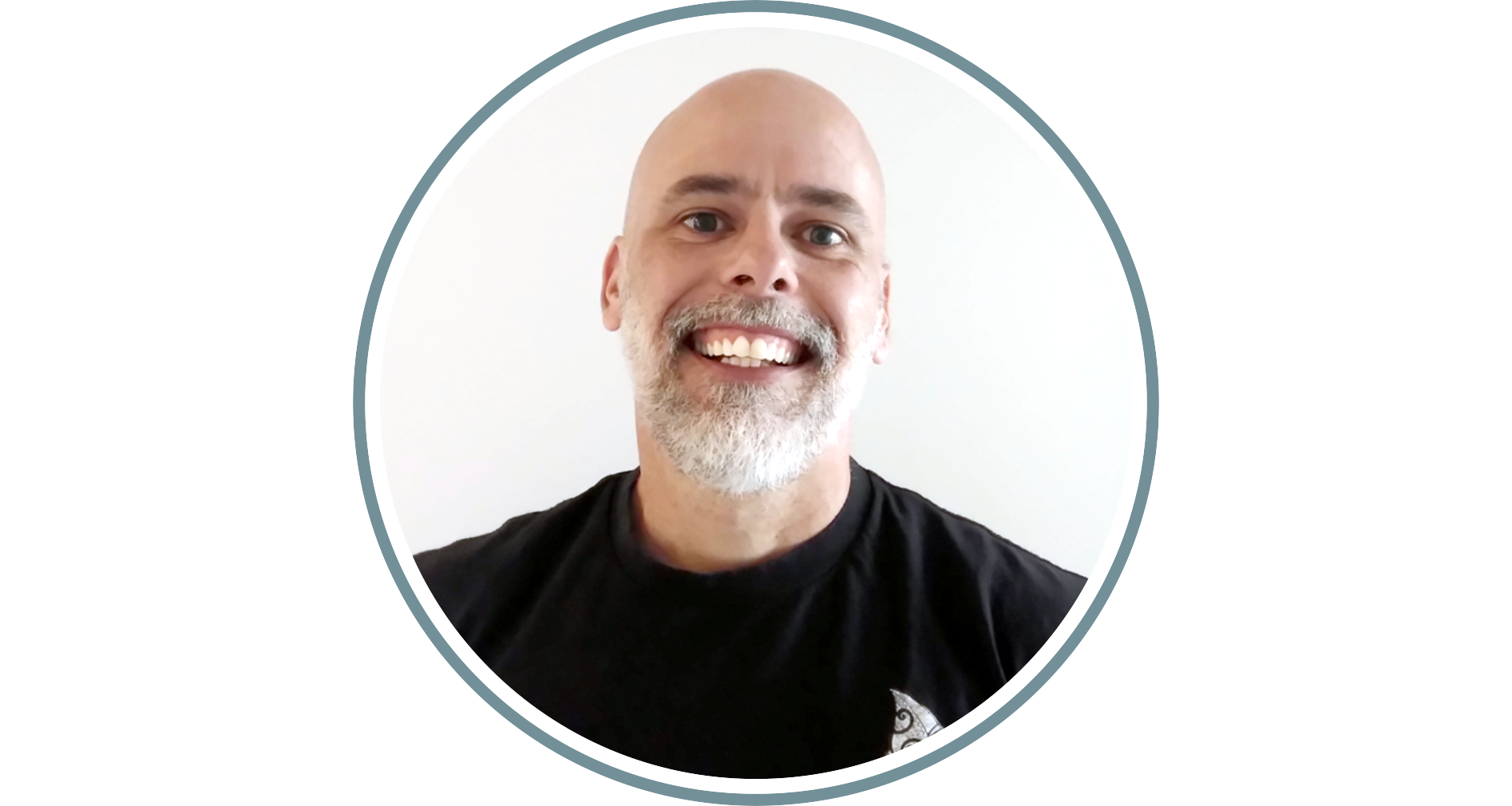 " Working as a freelance designer based at home, it meant a lot that I have been able to learn from the #1 lettering artist. John's online course is a very interesting and valuable experience. He gave me a solid grounding in the basics, lettering secrets and nuances. The course also gave me the confidence to start my new sign painting adventure. The booklet is just amazing too, detailed and interesting. Thank you so much!" 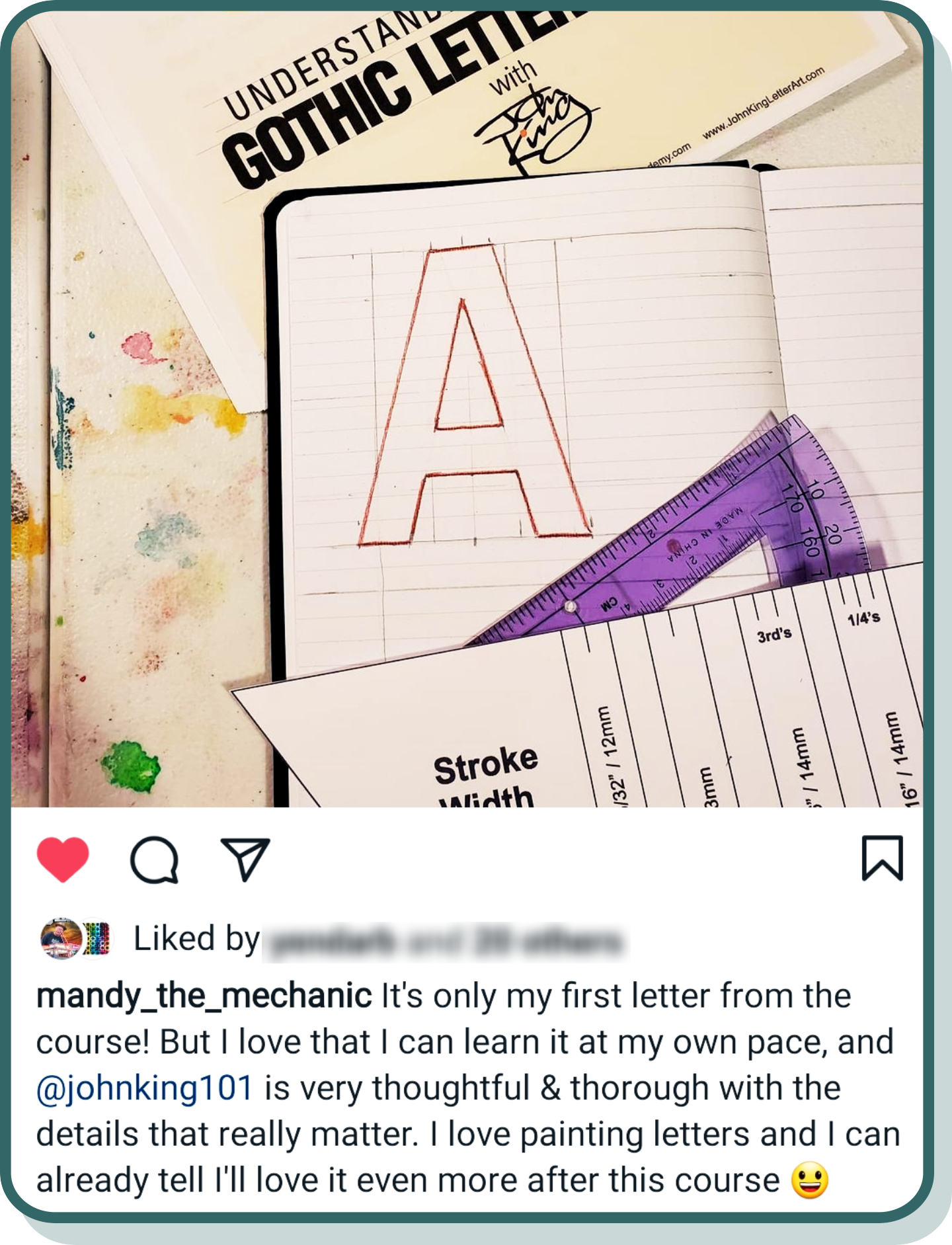 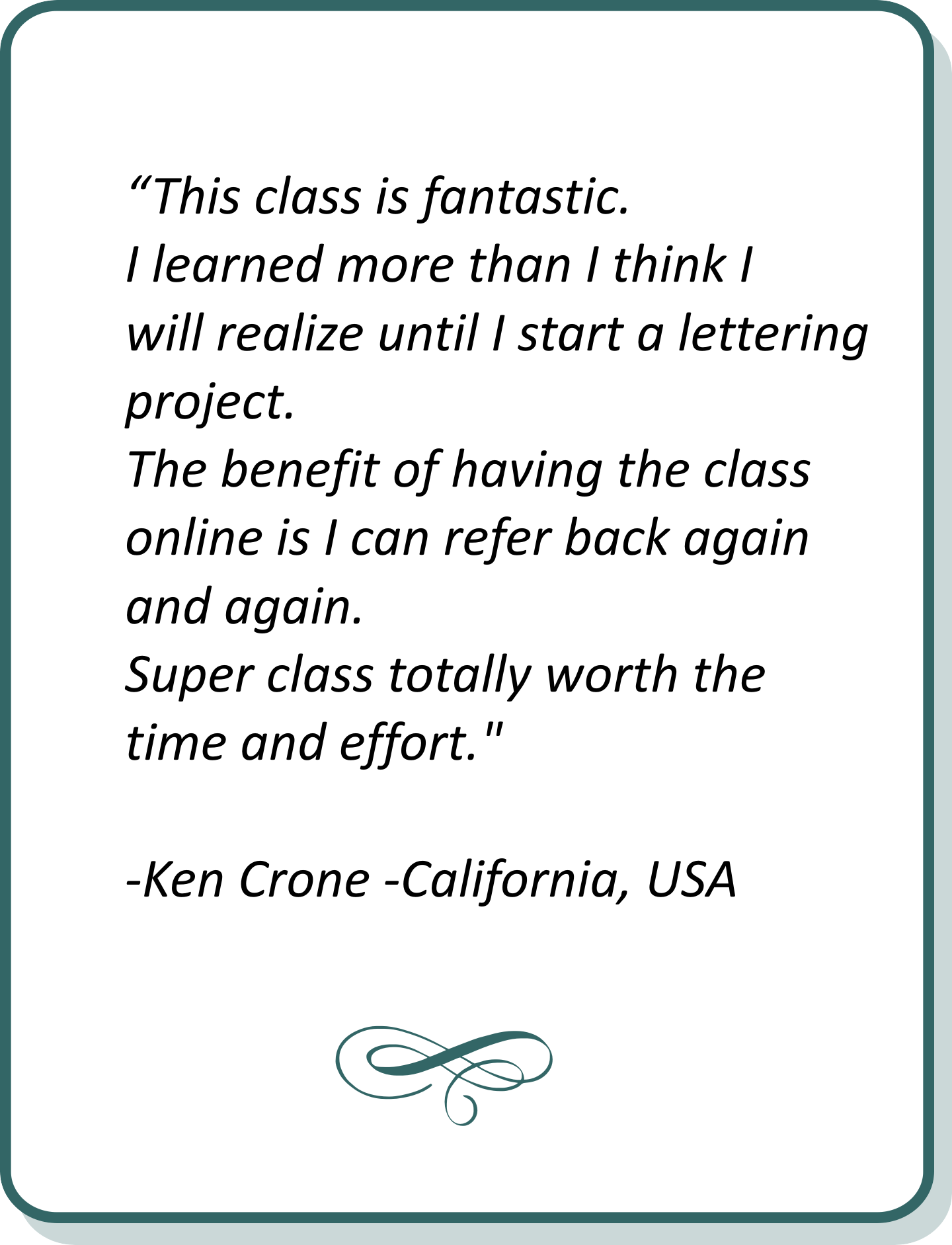 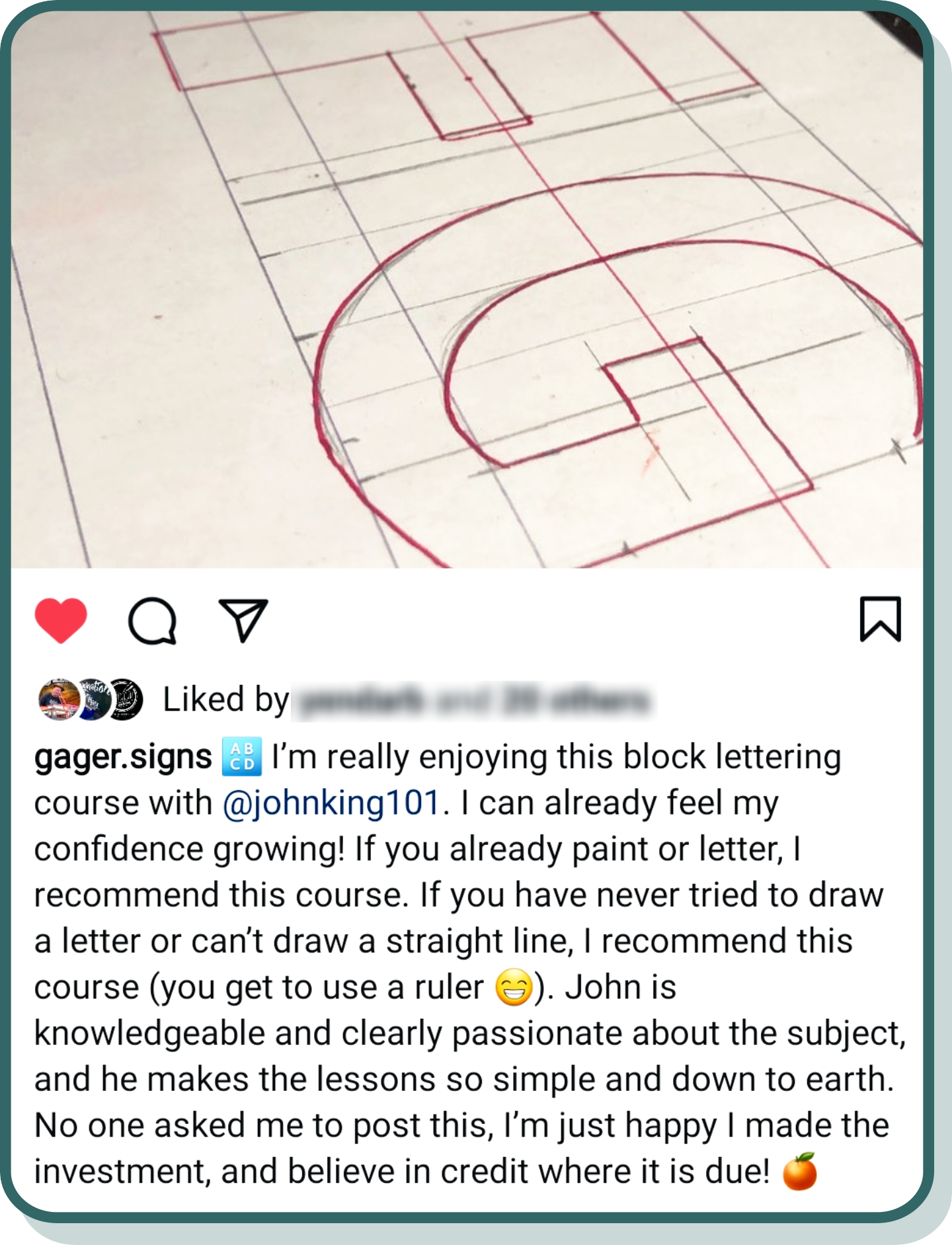 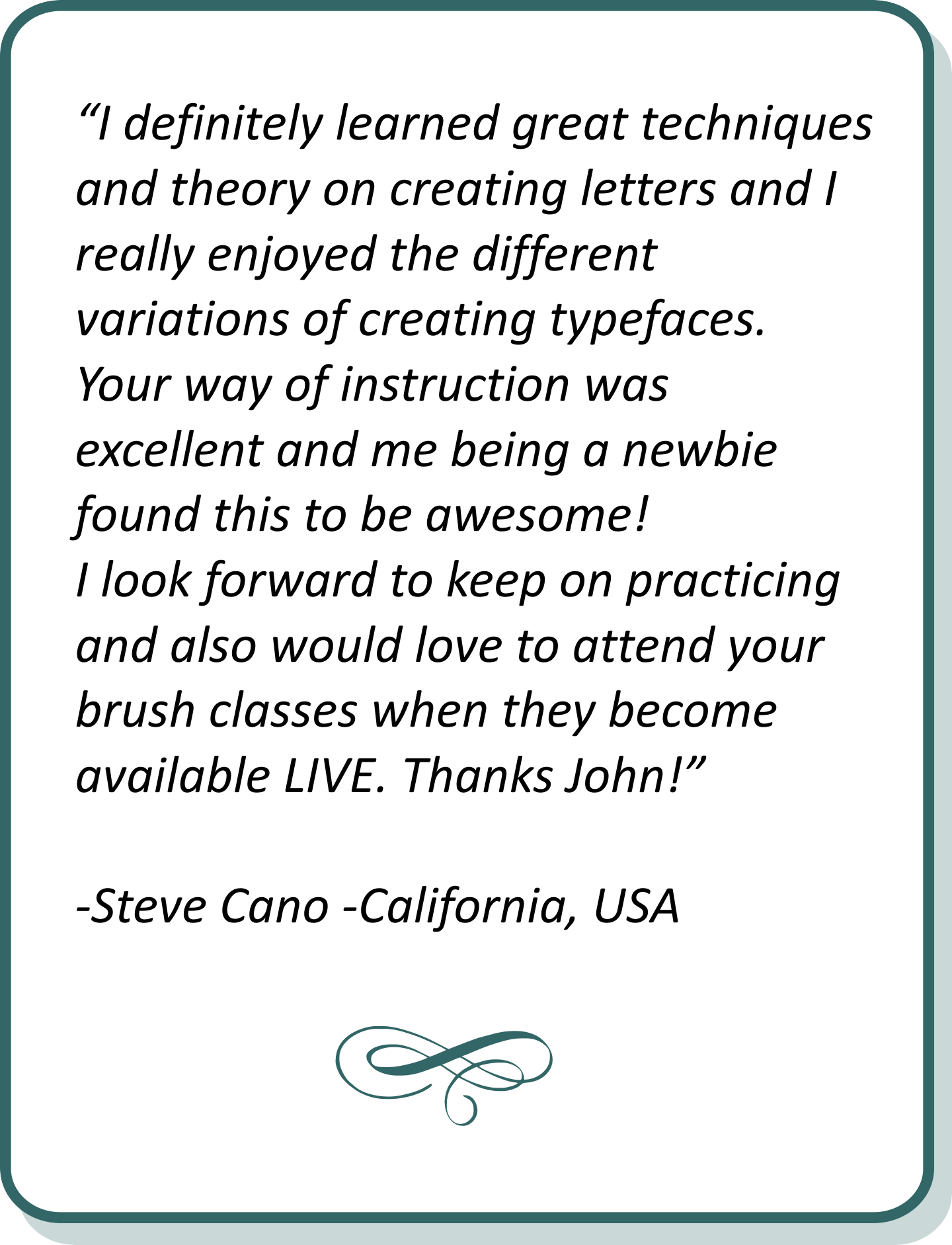 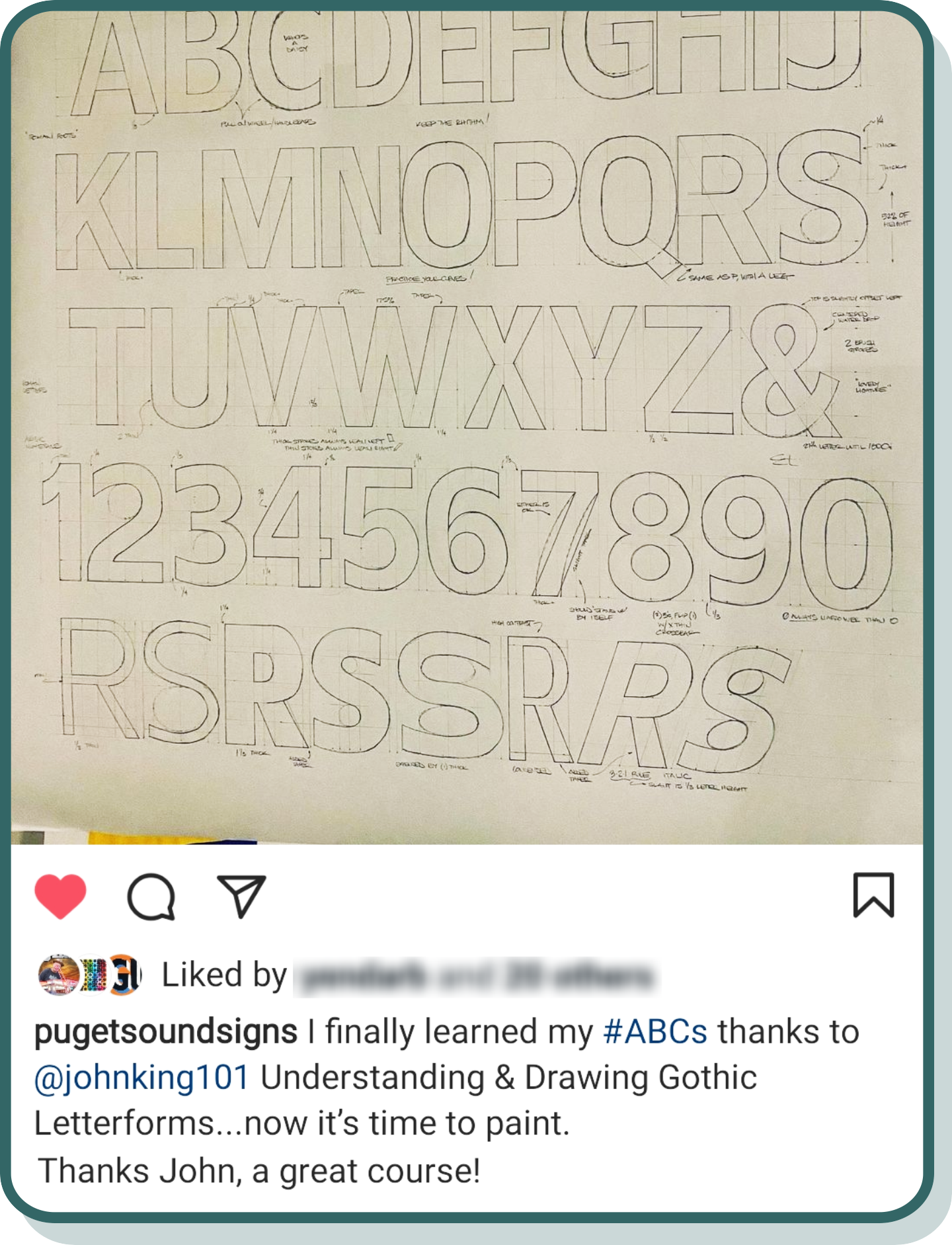 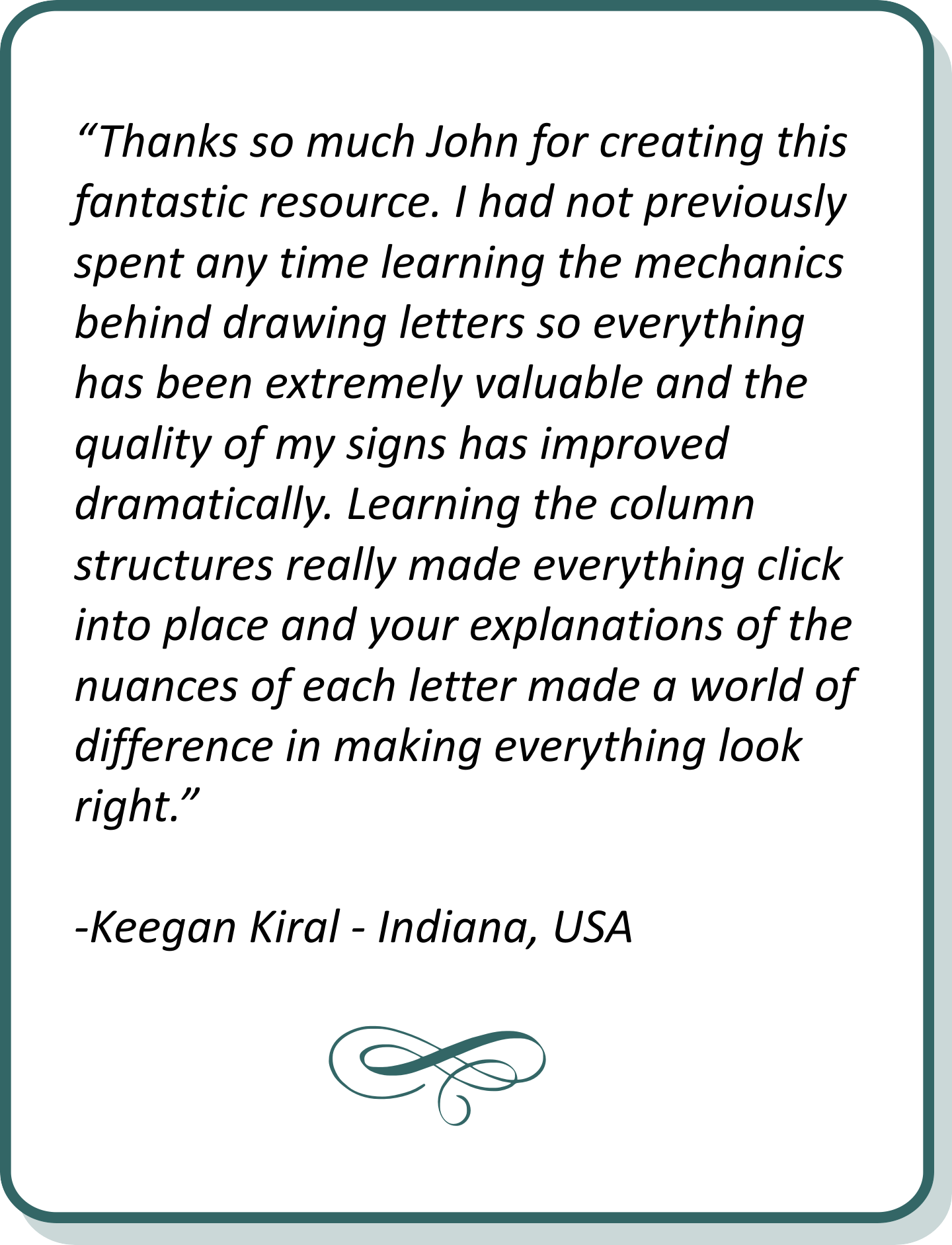 "﻿Thanks for the terrific course John! As some of your other students expressed, you have method of instruction that is easy to follow and understand. I've learned so much about letter structure and how to make each character look proper, no matter the version. I wish I could have back every lettering job I've completed before these lessons as I'm sure they were full of errors that would make any experienced sign writer cringe! I think you covered everything off and anything else I want to know I'll have to learn in one of your other courses. I'd very much like to learn more about layout and design as well as spacing, however the bonus literature provided on this topic is very helpful. I look forward to the next lessons and hope to run into you in the future. Perhaps the GNRS :) Cheers!" 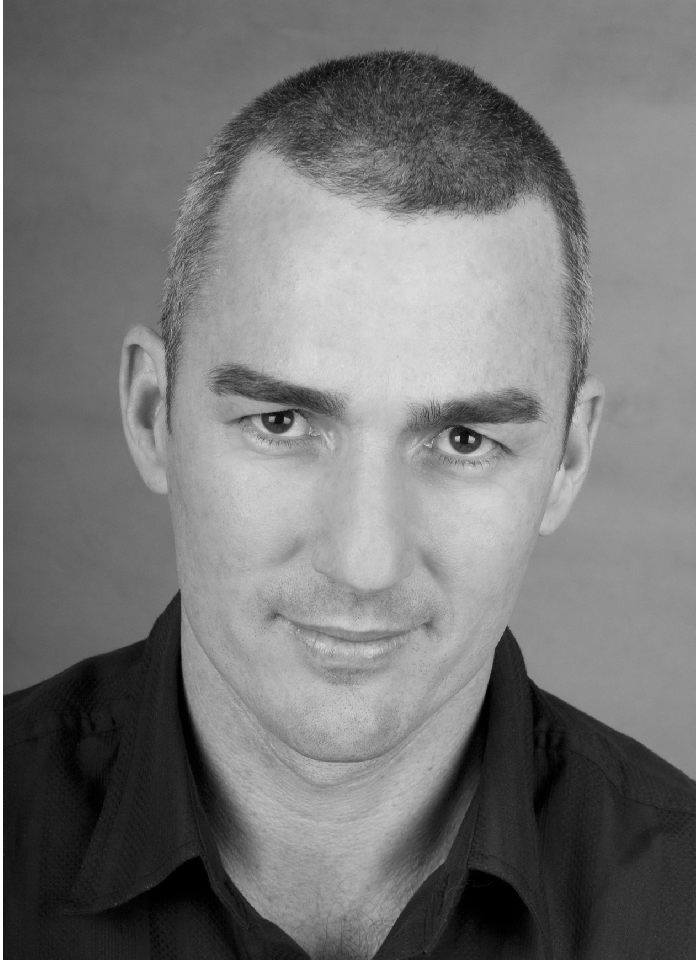 Hi, I'm John King. I have been a Traditional Hand Lettering Artist since 1986 and spent my childhood amongst the golden wheat fields of North-Eastern Victoria, Australia during the 1970's.

At the age of 15 I fell in love with the traditional art form of hand lettering when my high school art teacher introduced me to a talented local Sign Craftsman.

I spent the next 4 years learning the craft of Traditional Signwriting from two of Australia’s leading Sign Craftsmen before opening my own sign business at age 21. During this time my work developed a reputation for creative and innovative design. In fact, visitors to the rural city of Shepparton can still see signage artwork created during the 1990's by my business "John King Signs" which still operates today under the ownership of a former employee and his brother.

After selling the business in 2001 I moved to the "Big Smoke" Melbourne to broaden my horizons where I spent two years teaching Sign Trade Apprentices at Victoria University which ignited my passion for teaching the craft.

In 2010 I moved to the USA to pursue my creative endeavors and now teach my traditional hand lettering skills online as well as with live workshops in my Los Angeles studio. 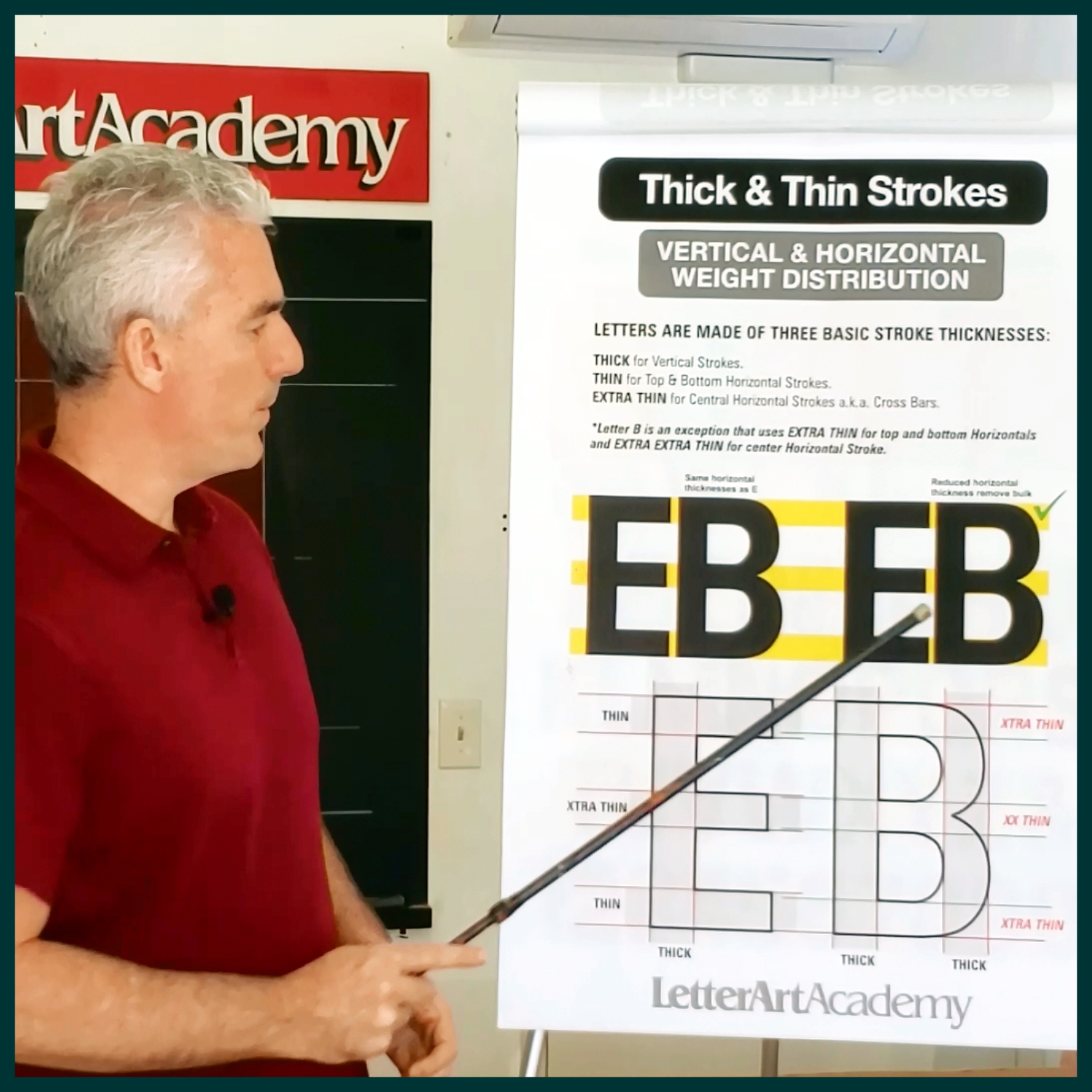 Module 1: Learn the Rules and Nuances of Lettering. Understanding the foundations of our Modern Roman alphabet will equip you to tackle virtually any style of lettering with confidence and avoid common mistakes. 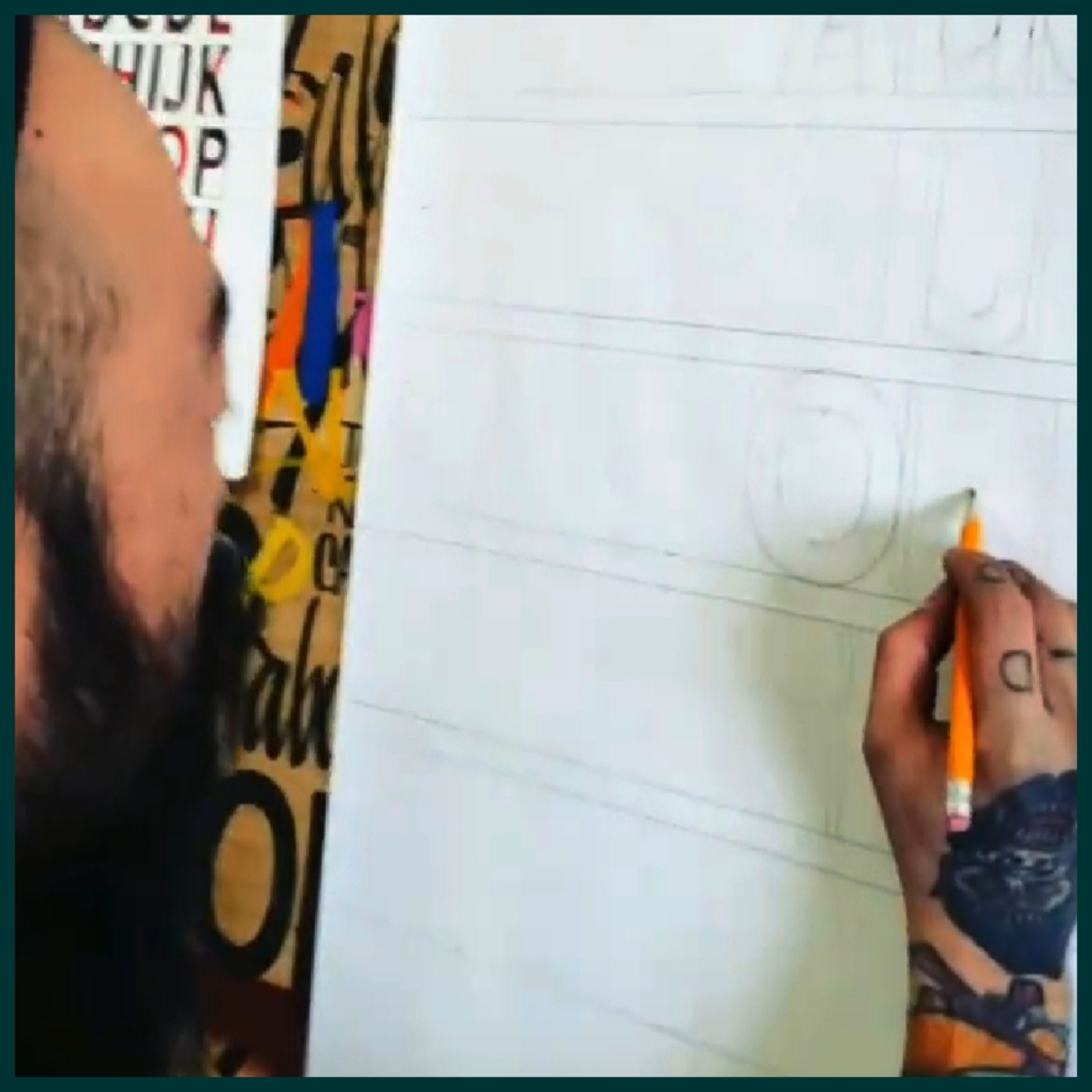 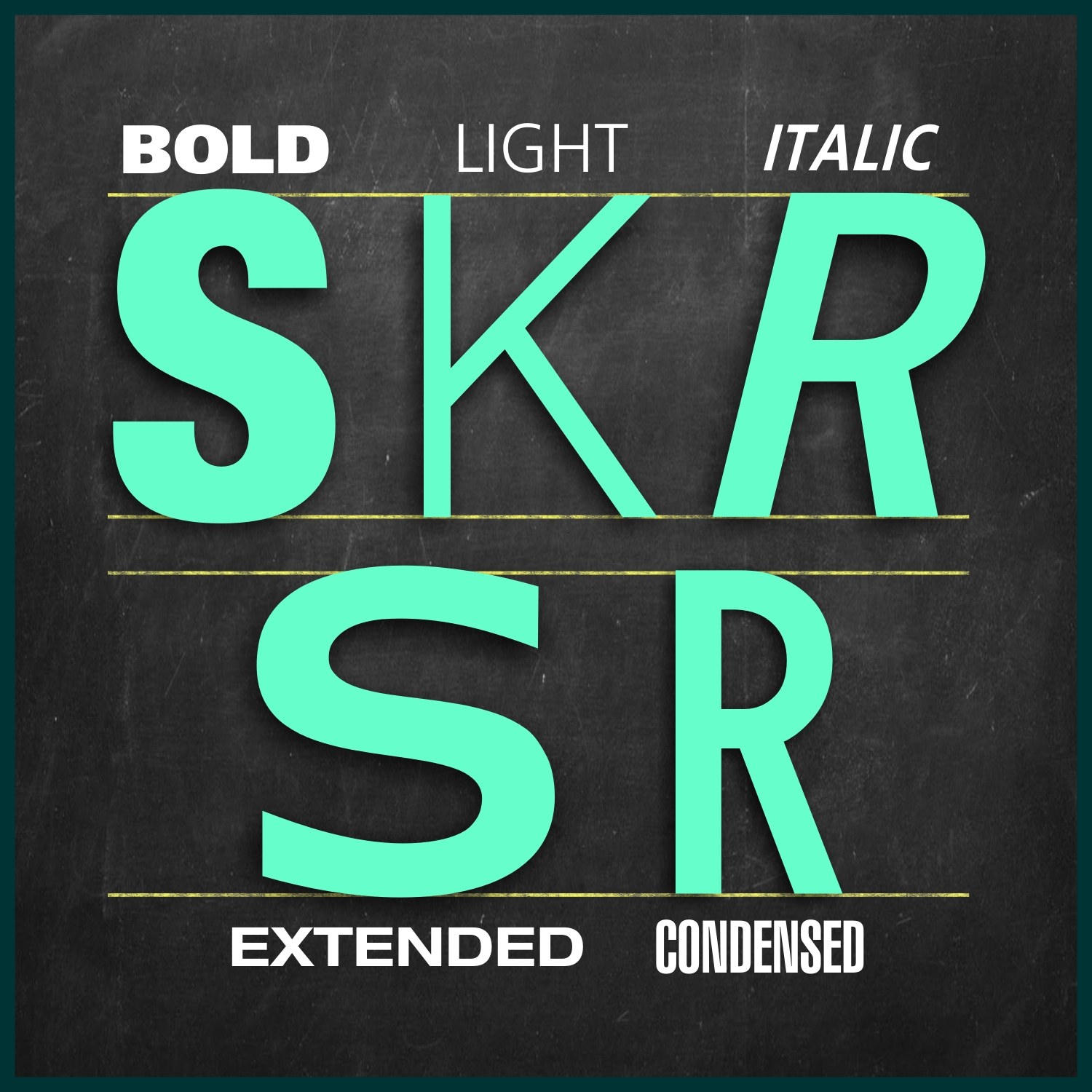 Module 3: Learn how to combine your Understanding of Lettering Fundamentals with your new Methodology and Drawing Techniques to create countless variations of Gothic Lettering and beyond!

Get a feel for the course with these snippets taken from actual lessons.

The Joy of hand Lettering!

Creating decorative typography is an extremely popular, fulfilling and rewarding art-form whether it be done with pens, pencils, brushes and paint, or digitally as a hobby, side hustle or full time career and it all starts with learning to draw a Basic Gothic Alphabet.

As a lettering loving teenager I was fortunate to be introduced by my art teacher to an extremely talented local signwriter through my high school Work Experience program. I arrived for my first day of work thinking that Sign Shops only produced boring looking "No Parking" signs and the likes thereof hence expecting a boring two weeks of my life, but I couldn't have been more wrong! As I passed through the reception office into the large workshop area my mind was both blown and made up in a matter of seconds as to what career I would be pursuing at the end of the school year. By some twist of fate I was standing in one of the most creative Sign Shops in the country headed by a brilliant sign artist who I still regard as one of the world's best, Winton Francis. The workshop was adorned with beautiful "practice panels" that were actually signwriting masterpieces which covered the 14ft tall walls from top to bottom. One of the craftsmen, Simon was was at the rear of the factory airbrushing a mural of an 8ft tall sparkling Harley Davidson headlight alongside some huge chrome effect letters painted on shiny black metal panels. To my left nother sign artist, Rob was brush lettering the side of a boat, painting perfect circles and straight sharp lines that I couldn't believe were humanly possible while on my right two huge Kenworth trucks sat nose to tail patiently receiving Winton's beautiful pinstripe and scroll work for which he was famous along with the standard magical door lettering.

From that moment onwards Signwriting and Lettering became my obsession and I was lucky enough to spend the next 4 years working for and learning from Winton and eventually another master craftsman who was a mentor to him named Arthur German. Both men were equally brilliant with different styles. Winton was a master artist renowned for his highly spontaneous and ornate lettering and sign design while Arthur was was a like lettering and layout scientist with a technique and reason for every apsect of his beautiful bold and vivid geometric layouts and perfect letterforms.

I was very lucky to fall into this small pond of enormous talent and learn from two masters of contrasting styles which led me into my own successful business at a young age, and am now grateful that this new age of technology, along with facilitating a resurgence in and amplifying the popularity of this fulfilling craft, now allows me to share the lessons I've learnt during the last four decades with like-minded Lettering Enthusiasts all over the world.

Every journey begins with a first step, and the road to beautiful typography starts with mastering that first basic Gothic Alphabet, and I'm excited to be able to help you do that and more in this course.

Hope to see you inside!

Use Coupon Code LETTERPRO to get LIFETIME ACCESS for only $187

Check your inbox to confirm your subscription